I’ve admired everyone else’s Kew Dresses for a while now and I have to admit the main reason why I hadn’t made one yet was because I have a bit of a fear of buttons… and there are a lot of them!

However when I saw this Fabrics Galore linen I thought it would be the perfect fabric for a summery, fairly casual dress, plus it would have enough structure to make the buttons as easy as possible!

The colour is hard to capture in a photo but it’s somewhere between a smurf and the Victoria Line – hope that makes sense to people! It’s lighter than a cobalt blue but still quite bright. 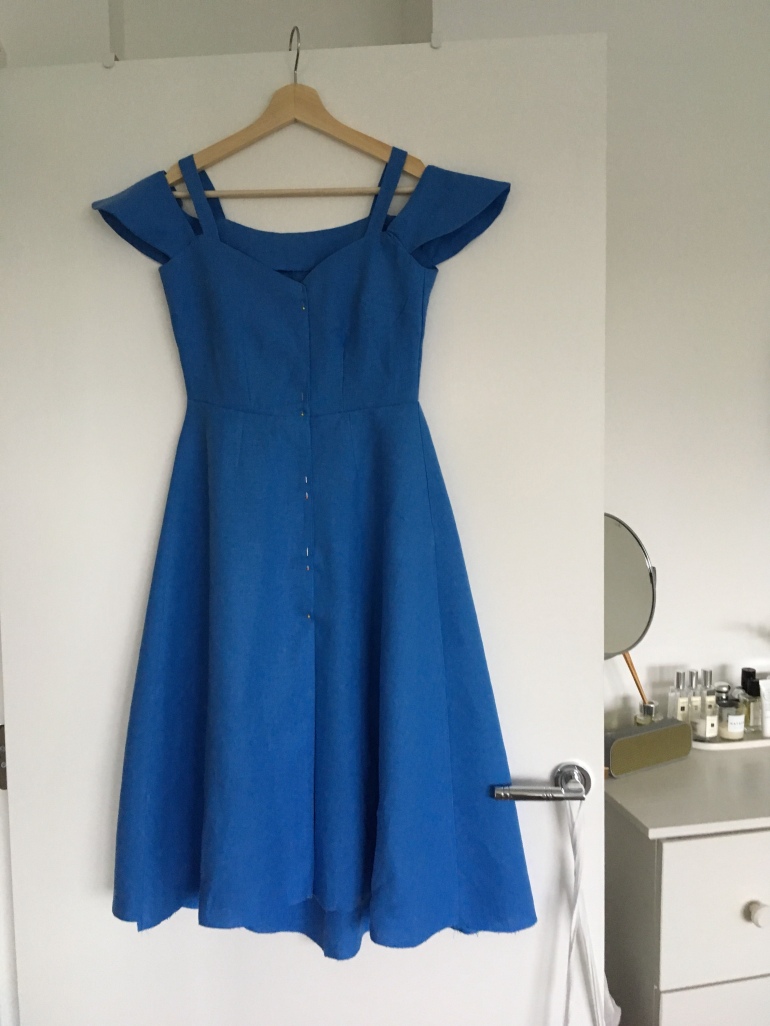 The sewing was actually pretty straightforward. Naturally I put off sewing the button holes for a good 2 weeks after I finished the dress. And they were as troublesome as I expected (for some reason my machine reset button doesn’t always work – yes, I’m blaming my machine). 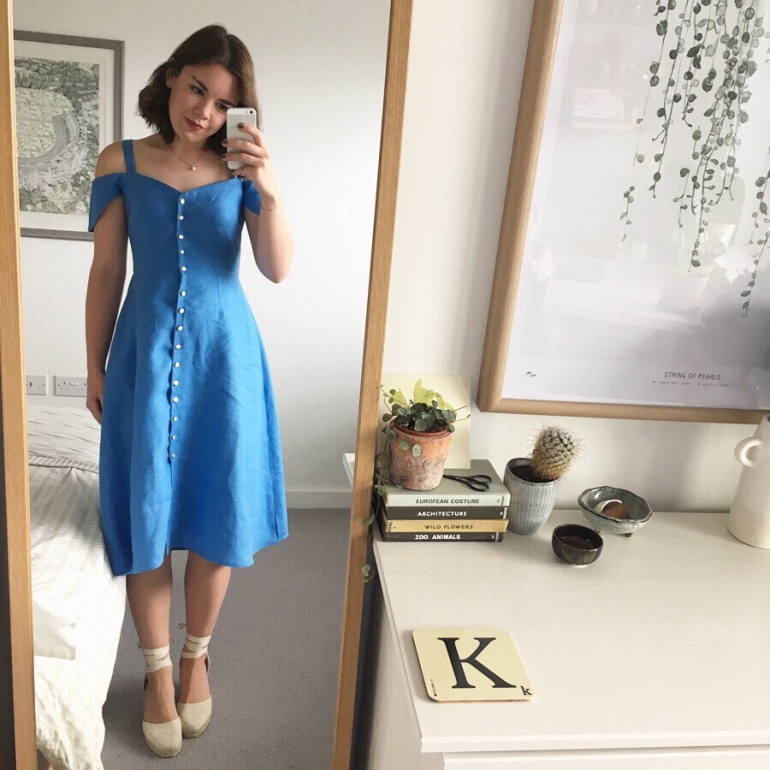 Anyway, once I’d unpicked a few button holes and redone them I eventually finished my Kew Dress and I was pleasantly surprised that it looks good! 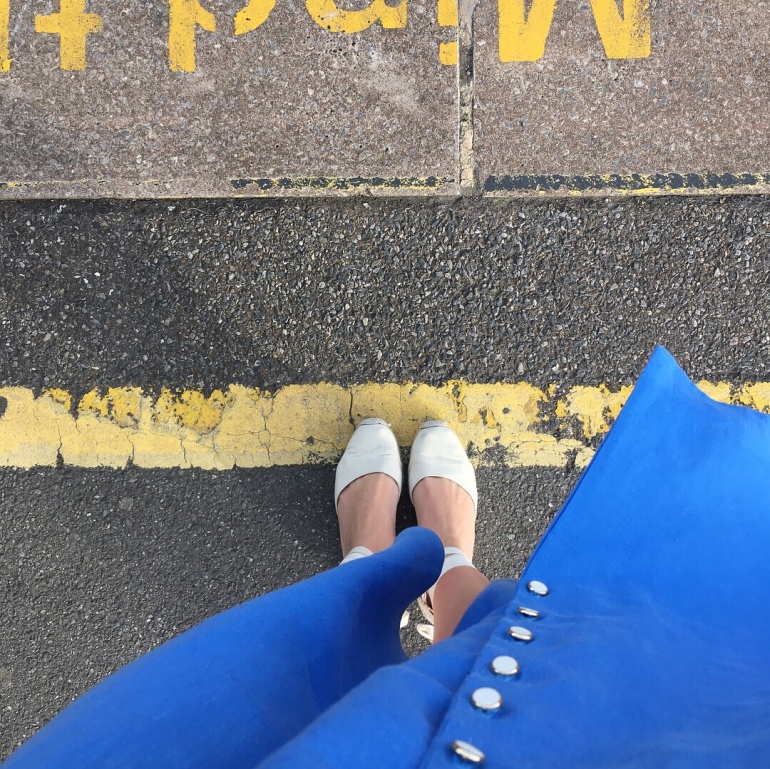 I got the buttons from Liberty. I did originally look to my vintage stash but couldn’t find 15 matching. I was drawn to these buttons mainly because it was impossible to match the blue, and I love the vintage vibe of the gold edging.

I think this dress is so wearable and could be dressed up or down so I can see myself wearing it over and over. Only downside is that the linen obviously creases but to be honest it gives it that slubby casual look perfect for summer weekends. 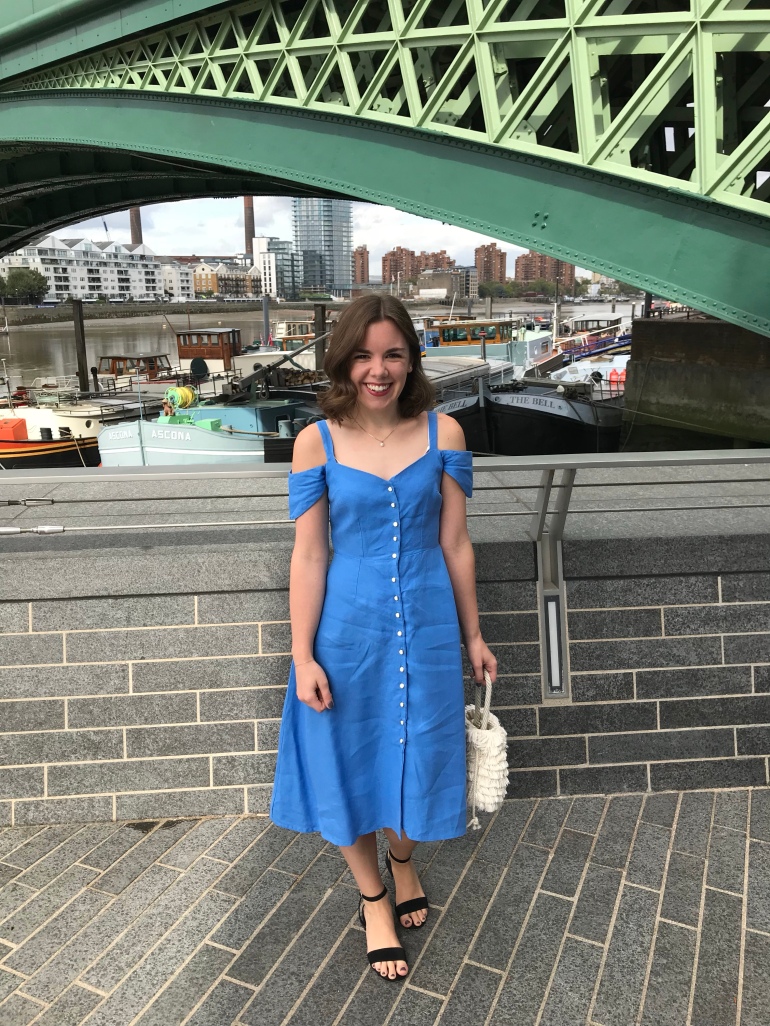 Next on my list is the tea dress version of the Kew dress which will be great for autumn layering, and I’ll definitely come back to this version next summer. Hopefully by then I’ll be less terrified of button holes!

View all posts by kateevadesigns